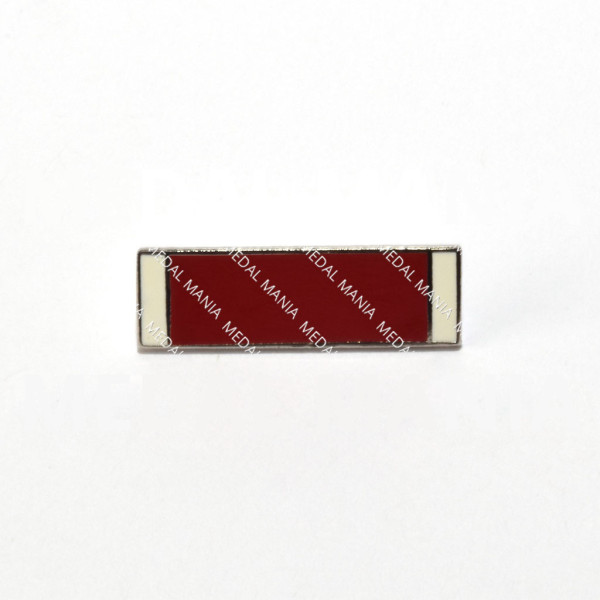 The Medal for Long Service and Good Conduct (Military) was instituted by King George V in 1930 and replaced the Army Long Service and Good Conduct Medal. The medal could be awarded to Regular Army warrant officers, non-commissioned officers and men of the British Army. The criteria for the medal were later relaxed to allow for the medal to be awarded to officers who had served a minimum period in the ranks before being commissioned.

The medal required eighteen years of unblemished service but in December 1977 the qualifying period was reduced to fifteen years.

Initially the medal could only be awarded to men, but on 9 February 1955 the criteria were amended by Queen Elizabeth II allowing it to be awarded to women of the Regular Army.

The ribbon is also identical to the Army Long Service and Good Conduct Medal introduced in June 1916.