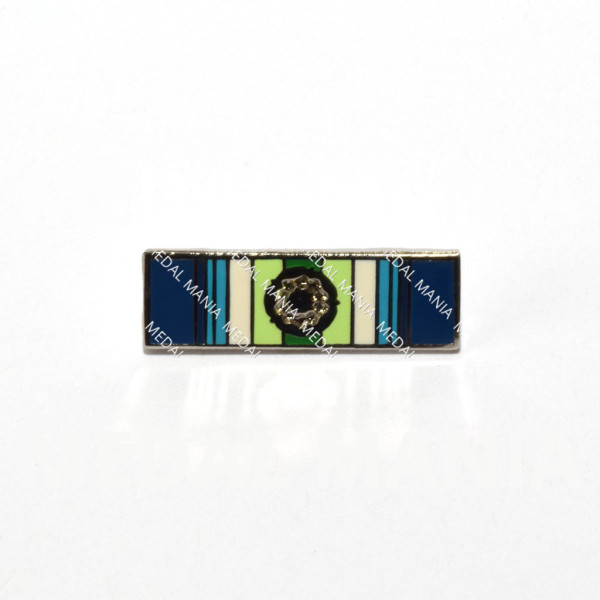 The South Atlantic Medal is a British campaign medal awarded to British military personnel and civilians for service in the 1982 Falklands War, between the United Kingdom and Argentina. A total of 29,700 South Atlantic Medals were issued. To be awarded the medal with the additional rosette, the recipient needed to do one day’s service within 35° and 60° South latitude or do at least one operational sortie south of Ascension Island, between 2 April and 14 June 1982. This South Atlantic Medal Tie Pin with Rosette looks good on the lapel or tie when worn at black tie events.