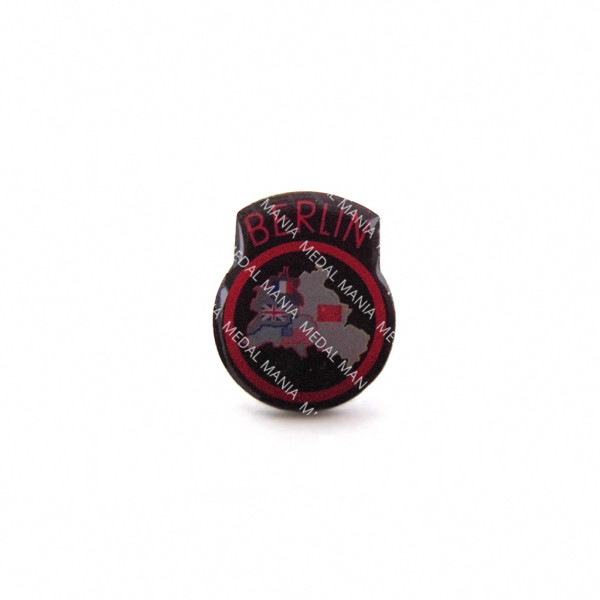 This hard enamel Berlin Infantry Brigade lapel pin badge was made to show support for the British Berlin Infantry Brigade as well as other allied forces in Berlin including the Forces Françaises à Berlin and the US Army Berlin Brigade who were all stationed in Berlin from 1946. The badge also depicts the areas of East Berlin occupied by forces of the former Soviet Union. This lapel badge makes for a great collectors item for post World War II military collections.