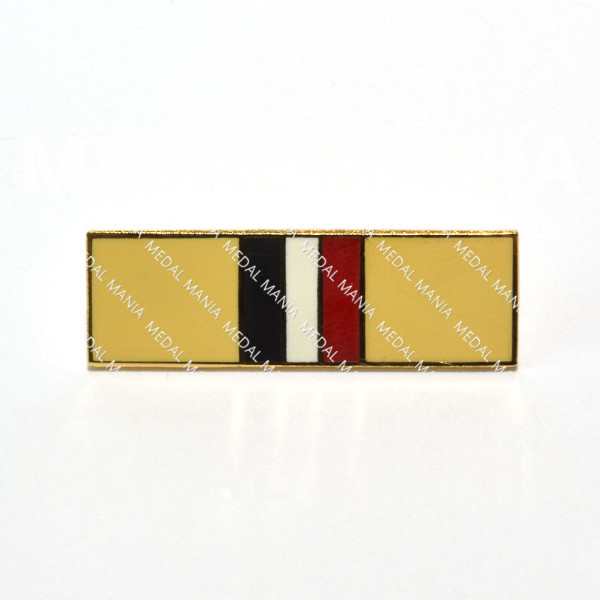 The Iraq Medal was awarded to officers and other ranks of the British Armed Forces as well as other personnel who served as part of Operation TELIC in Iraq from 2003-2011. This hard enamel medal ribbon comes in uniform size and can be worn in place of the traditional medal ribbon where permitted. The colours match those of the genuine medal ribbon.

This enamel badge is a great collectors piece for those wanting to show support for the British Armed Forces who served in Iraq and a more robust alternative to the traditional medal ribbon.