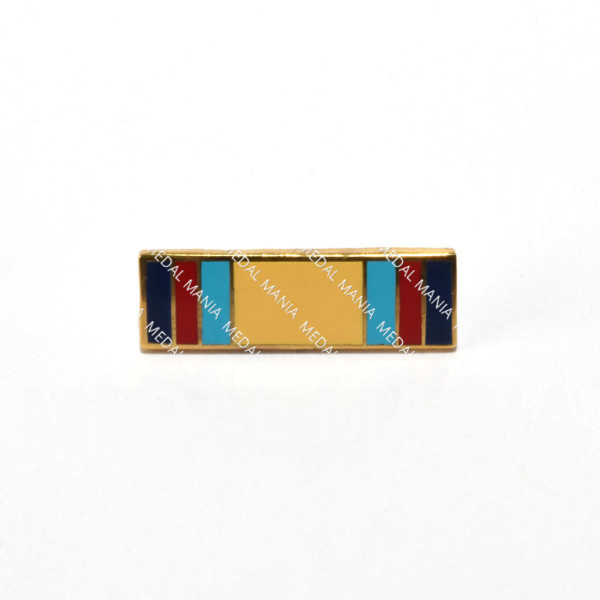 The Gulf War Medal was a campaign medal approved in 1992, issued to British officers and soldiers who served in Kuwait and Saudi Arabia during Operation Granby (the Liberation of Kuwait) between 1990 and 1991. The medal was awarded for thirty days continuous service in the Middle East (in a defined area of operations, including Cyprus) between 2 August 1990 and 7 March 1991.

This hard enamel Gulf War Medal tie pin is great for black tie events when worn on the tie or jacket lapel.